If your minimum password setting in Admin > Settings was previously less than 8, you should update this to 8 or greater before upgrading. Failure to update this may cause other settings to fail on saving.

The long-awaited v5 of Snipe-IT is finally here. I’m probably missing some of the new features and fixes in this changelog, but I’m doing my best to recount the past two years of work here.

The small things matter as much to us as the big ones do, so we’ve spent some time trying to really refine some of the commonly used UI elements, for example the improved logo upload+preview interface:

We’ve also added the ability to add multiple new assets at once from the create asset interface:

Now that master and develop are back at parity (and boy, it’s been a while for that), expect our normal fever-pitch velocity to be back with gusto. There are still so many things we have on deck – new features, improvements, and even new products. We thank you all so much for your patience and support. <3

Note: S3 functionality for file storage is still in beta. We had hoped to launch v5 with that fully working, but we realized that not that many of our users care that deeply about it, and it would only delay us further. We’ll be tweaking and tuning that functionality over the next month or two tho.

Another Note: Our beta versions of “kits” allowed for accessories and license, etc – we discovered a bug where while non-assets are checked out, they don’t get recorded in history if the quantity is greater than one, so we’ve pulled those options for now. Once we have a chance to correct that bug, we’ll be adding licenses, accessories, etc back into the new Kit feature.

For a full list of changes, see the changelog.

After completing the upgrade process, be sure to clear your browser cookies. 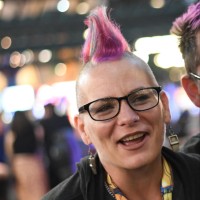 About A. Gianotto
Website
Alison is the founder and CEO of Grokability, Inc, the company that makes the open source product Snipe-IT.
Snipe-IT v5.0.1 Released   Introducing Canada Central